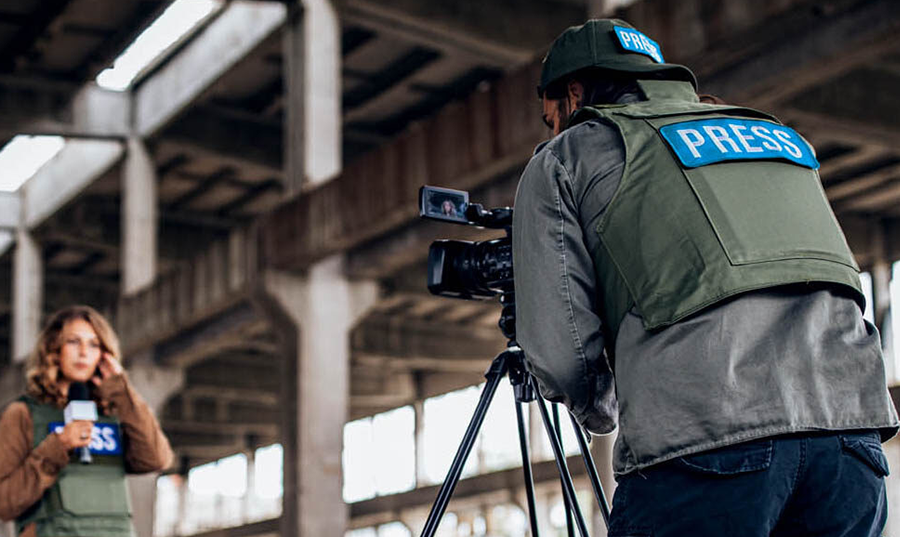 Benefits of professional media evolution to IP: Part One

Since the conversion from analog signals to digital bitstream, the Broadcast and Media (BAM) industry has used industry-specific interfaces, protocols and infrastructures – and with good reason. Live broadcasting is extremely demanding; it’s 24/7, 365 days of the year. If a transmission error occurs during a live, real-time event, the information is lost. Unlike the Information Technology (IT) industry, broadcasters do not have the luxury of being able to resend the lost data packets over the internet to replace dropped packets. Live broadcast is by its very nature, live! What’s gone is gone. This underlines the importance of enabling the best level of service: high quality video in combination with reliable, real-time delivery with the lowest possible latency.

Leveraging the IT environment for Broadcast and Media

Until recently, the only way to do this was through purpose-built, industry-specific solutions because no other available technology could meet the broadcasters’ guaranteed service requirements. Approximately 30 years ago, the venerable Serial Digital Interface (SDI) family of SMPTE standards fostered the BAM industry’s transition from analog to digital. Think about it: back then, the “state of the art” for recording broadcast facility connections was paper & pen, and maybe access to a shared computer terminal to type it in, print it out, and hang it on the wall. The mass proliferation of personal computing devices was still rolling out and the worldwide web was just being created.

It was well over a decade later before high-quality video streaming was possible using commercial off-the-shelf (COTS) IT equipment and not until very recently that COTS IT equipment (servers and network switches) could be considered as the underpinning for professional-grade, live, real-time, high-quality, and low-latency media transport.

Thanks to the development of protocols such as adaptive bitrate (ABR) streaming and the advances in integrated circuit technology, it’s now possible to deliver excellent video quality over the internet. These same technology advances are now commonplace in COTS servers and IP/ethernet network switches, with economies of scale many thousands times – or even higher – than that of BAM industry-specific equipment. To stay competitive, production and content delivery needs to ensure faster time to market, embrace a more agile development cycle, and scale effectively. To do so, broadcasters must move beyond industry-specific infrastructure and, instead, leverage the IT environment and embrace the shift to all-IP.

Why move to all-IP?

First, by using generic compute resources, we can enhance the flexibility and agility of the video plant. Media processing functions that were once only possible using leading-edge dedicated hardware are now possible as virtualized software components running on COTS hardware. The level of flexibility enables reassignment of media processing functions and the ability to change connections in real-time, as well as being able to reuse the compute resources at a different time of day or during another premium event. This requires compatibility with network interfaces on COTS ethernet switches and servers.

An SDI cable contains a single video, with perhaps several embedded audio channels, alongside some ancillary data (e.g., captions, active format description, time stamps). Essentially, it functions as a single media stream. In order to scale the size of the media facility, we need to enable much greater media stream density than possible with SDI. Through the use of media-aware IP/ethernet switches and the leveraging of internet protocols, we now have the ability to transport many media streams (each of which is a collection of video, audio, and ancillary data) within the same physical media (whether copper or fiber).

It’s not just about scaling the number of media streams; it’s also about interconnecting many devices and media processing functions (e.g., encoders, transcoders, filters, format converters, playout systems, master control, monitors, multiviewers, receiver/decoders). Wouldn’t it be nice to simply plug a device or COTS server into the system and know what it is and its capabilities? This also would include assigning it an identification (such as a unique IP address, etc.) and registering it in a machine-readable database. This is analogous to the Universal Plug and Play (UPnP) networking protocols except it’s for media processing functions. Auto discovery and registration greatly simplifies system configuration.

By combining all of the above mechanisms and elements together, we can provide the foundation and the necessary fundamentals to migrate from industry-specific infrastructure to a software-oriented, virtualized video production/distribution facility.