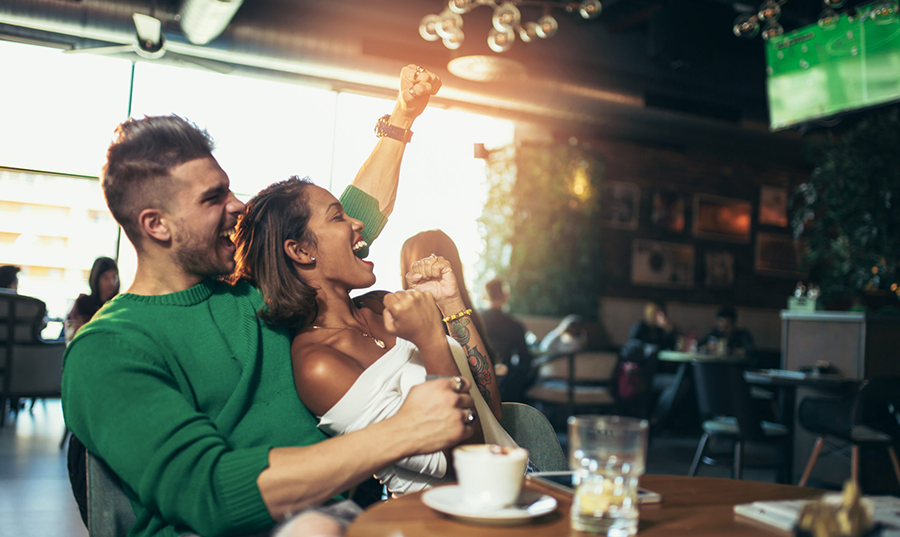 Flying taxis. Smart speakers. Full body haptics suits. In-ear translators. While I wasn’t among the estimated 60,000 international attendees at CES 2020, news of emerging next-generation innovations travels very fast! There are a plethora of intriguing products and novel inventions that caught my eye – and a number that are worthy of further discussion in another forum. However, from a media business perspective, I think there are three key learnings from this year’s CES.

All major TV set manufacturers are pushing 8K screens very hard. Of course, they’re prohibitively expensive to the vast majority of consumers and there is very little content available to those who are prepared to invest at this early stage of the development cycle.

However, there are some interesting changes afoot. Take, for instance, the LG Signature rollable OLED. As CNET’s David Katzmaier commented on Twitter, it’s “mesmerizing”! But why is this relevant? Well, given the size of screen needed to gain the visual benefits of 8K, there is also a real-world practical question about physically getting huge traditional screens into many homes. The rollable screens displayed at CES offer a starting point to help tackle this challenge. Nevertheless, it also highlights the fact that if 8K is ever to become a success, it’s likely that it won’t emerge through a conventional screen design.

It is probably too early in the life of 8K to see a full feature package for the next-generation content format. 4K crucially brought 10-bit HEVC, HDR and more advanced audio to create a complete experience improvement; likewise, 8K will need more than just resolution and VVC compression. Meanwhile, screens that rotate so you can watch your TikTok videos seem, let’s say, somewhat limited in their appeal…

2020 – the year 4K is fully established throughout the TV ecosystem

So perhaps the more significant aspect is that 4K is now just “assumed” from a TV perspective and that means that availability in the home will increase fairly quickly over the next couple of years. The resulting expectation for 4K HDR content from internet-based providers is therefore likely to increase rapidly along with that. I think we will see a situation fairly soon where the lack of equivalent TV services will be seen as an issue by many consumers. This will force the TV industry to move faster to 4K HDR through the chain – at least for the higher-end TV services.

As with every Olympics year, we will see the industry take another giant leap forward in the way live content is captured, moved and produced. 2020 will be the year that 4K HDR is truly mainstream for the Olympics end-to-end. Yes, there will be 8K too – and that’s a great technical innovation step – but it’s 4K that will really get the eyeballs and this will firmly establish itself throughout the TV ecosystem. Just take the Consumer Technology Association’s own sales forecast into consideration: while 504,000 8K TV units are expected to be sold in the US this year ($1.6 billion revenues), 4K TVs are expected to account for 25 million units (up 12% on 2019) and drawing in $17.6 billion in revenues.

On the network side, edge compute has been seen as both advantageous and necessary for some time. But perhaps instead of being the key driver of 5G networks, it’s principal role will lie in delivering a more general architectural change. These are early days, but media processing at the edge is clearly one of the contenders for its use. Whether for highly addressable advertising, or intelligent flow management, the opportunities it brings will start to emerge this year. It would be reasonable to assume that any functionality deployed at the edge will use cloud orchestration to manage it. This will mean that we have a distributed cloud, able to instantiate media functionality on-demand in different geographic locations.

So, it was within this backdrop that our Chief Business Officer, Raul Aldrey, discussed the potential of edge computing during a Deloitte ‘Smart Future’ panel session at CES (‘Transforming the Enterprise in 2020 and Beyond)’. Click on the link to watch the session again, which also features Lourdes Charles (AT&T), Kevin Kettler (Flex), Thorsten Milsmann (Hewlett Packard Enterprise) and moderator Jeff Loucks (Deloitte) – Raul appears from 5:30:  https://lnkd.in/fbF22cj