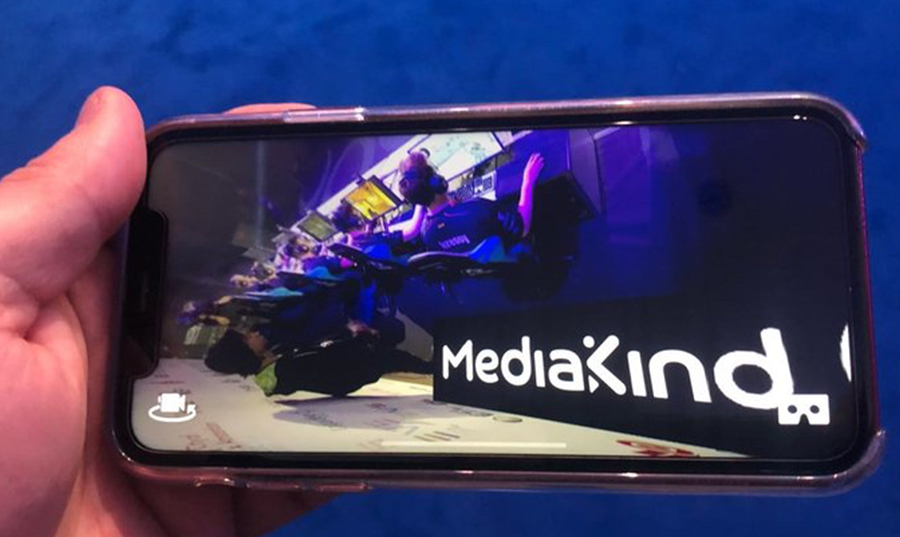 As we approach 2020 and the excitement continues to build around the Olympic Games and soccer’s Euro 2020, it’s clear that sport remains the biggest draw for broadcasters worldwide. Take these numbers for instance; the 2019 Champions League final was watched by more than 160 million people around the globe. Live coverage of the 2019 Cricket World Cup reached a global cumulative average audience of 1.6 billion viewers. The Super Bowl continues to make up eight of the top 10 most watched programs in US history, only beaten by coverage of the 1969 moon landing. These examples span every nation, with viewership that crosses all generations.

However, the evolving sports TV industry increasingly needs to reflect the seemingly unlimited online entertainment and leisure options that span on-demand, gaming and social media. The legacy model of monolithic sports broadcasters is starting to fade. ESPN for example has seen a decline in subscribers from a peak of around 100 million in 2011 to around 86 million at the end of 2018. Nevertheless, the ESPN service still has more American subscribers than Netflix and has diversified its output to include a wider range of sports that in early years struggled to get on broadcaster schedules.

National and specialist broadcasters are no longer the exclusive route for sports TV to reach an increasingly multi-platform audience. Instead, we can see how the sports industry is realigning itself to meet the demands of consumers and wider media and entertainment industry. One of the biggest shifts is towards a live to consumer model where sports rights holders are taking advantage of internet connectivity to make sports TV available within an economic model that suits each country and business model. Pioneered by the likes of MLB and WWE, the ability to download an OTT app and watch content based on IP geolocation is empowering the wider sports industry, breaking monopolies and engaging a new generation of viewers.

But it’s not just the traditional ‘big money’ sports such as football, soccer and cricket; this new model is allowing niche sports to reach wider audiences. A noticeable trend at last month’s SPORTEL Monaco event was that rights holders are increasingly targeting, new smaller markets with their own OTT offerings. Combined with new production workflows, such as remote and even AI driven production, broadcasters and service providers now have a cost-effective means of covering these niche live sports which would otherwise be too expensive to do so. Given sports rights revenues are growing at a rate that correlates with increased OTT streaming, it’s fascinating to see how much this could ultimately contribute to the growth of smaller sports markets.

The best example of a ‘niche’ sport catapulted into the mainstream is of course, Esports. Esports have been around a while, with major players such as Twitch having seen yearly double-digit growth in audiences. Esports fans are different from your traditional linear or OTT viewer because their sport started with streaming in the first place. Like all sports fans, however, these viewers still want a seamless, unique viewpoint.

Yet the issue remains around how to monetize Esports audiences in the same way as traditional sports environments, which are both sponsor and advertiser rich. The comparison is still stark when comparing the $4.5 billion a year deal the NFL signed with CBS, Fox, NBC and ESPN compared with the largest Esports rights deal of $42.8 million between Riot Games and Disney-owned tech company BAMTech back in 2016.

Part of the issue is that the content for the competitive gaming viewer does not always translate to a lean back experience that traditional ball and motor sports offer. However, this is changing through new technology that is starting to enable Esports content to be produced and curated in a way similar to a multi-camera, studio led experience that traditional outside broadcasters have perfected over the last 50 years.

An example of this is Unity’s Cinecast dynamic camera system, an enhancement of their game engine that places virtual cameras in the game, akin to overhead, last third, goal mouth and player cam. It uses AI to curate a production feed, automatically selecting the most interesting shots. This can be mixed with commentary, instant replays, complete with slow-motion and post incident cutaways.

Having spent the last year helping to enable the development of our own award-winning Live solution, these developments are tremendously exciting – and provide a hint as to where our industry could go next. At IBC 2019 we took our immersive 360-degree technology into the Esports arena and enabled a live 360-degree stream which featured two professional ESL teams going head-to-head in the popular game ‘Counter-Strike Global Offensive’. The feed, which was available via the IBC Show app, allowed fans to have a unique perspective on the game.

Looking into the immediate future, our industry needs to concentrate on delivering the tools that can handle these live broadcast streams – whether they originate from real pitch-side or trackside cameras, or virtual Esports equivalents – so that they can feed into a scalable production workflow. The aim must be to ensure all sports content is able to take best advantage of their respective medium and respond to the needs of different audiences – from lean back to virtually standing within the action. And critically, this need to happen at potentially global scale.

As Esports matures and becomes more cinematic, the revenue opportunity will grow, which may in turn lead to more broadcasters starting to jump on board. The carrot(s) on the Esports stick are the new types of sponsorship opportunities that target the millennial demographic – a once notoriously difficult market to reach. But the opportunity is more diverse than Esports alone. Through a mixture of innovation and creativity, the TV sports future may well continue to break records well into the future. I personally cannot wait to see a live, 360-degree view of the annual Cooper’s Hill Cheese Roll from my phone in the coming years!