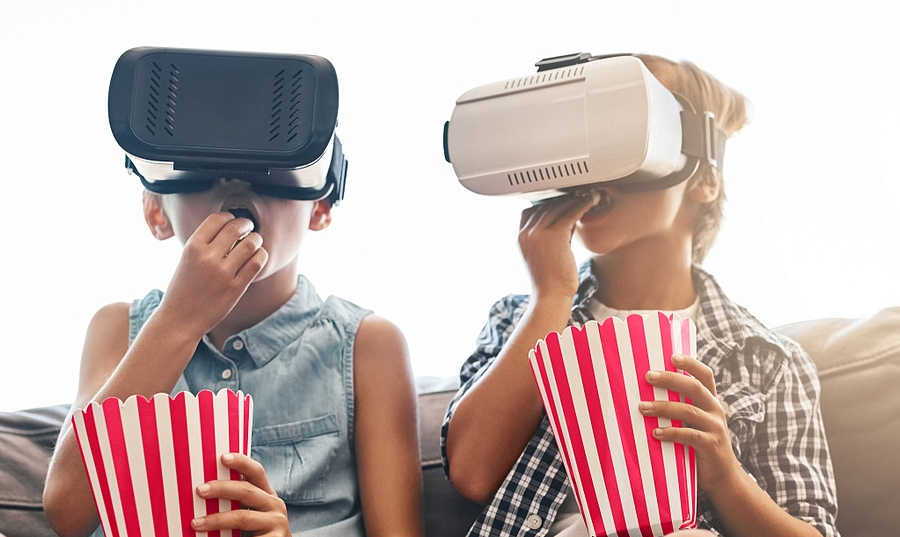 Many of us would happily turn our backs to 2020 and start afresh in 2021. However, for the broadcast, media, and entertainment industry, the disturbances caused by the pandemic have had a significant impact, which can’t be ignored. The seismic shift by broad segments of consumers to streaming as their primary consumption model has encouraged broadcasters, content owners, and service providers to rethink their business models and change their investment profiles. This shift has paved the way for new opportunities in media technology from here on out.

Unfortunately, the pandemic was not just a small blip in the media landscape, and to look forward, we must understand the changes it has incurred in order to learn from them. As we cast our eyes to 2021 and beyond, what could be in store for our industry?

The role of SVOD services and cinemas will evolve

The content production industry has been severely strained by the challenges of COVID-19 (production shutdowns, theatrical release window evaporation, sports league postponements and venues without fans) which then placed fresh challenges in front of content owners and service providers. At least in the early phase of 2021, due to the dearth of new content, we could see the remastering of library content to keep audiences entertained and engaged. Post-production HD to UHD upconversion, which can now be done using Machine Learning, enables content owners to re-invigorate their back catalogs and make their content fresher and more appealing to a modern audience. We have already seen the release of the entire Middle Earth series, including The Lord of the Rings trilogy and The Hobbit, in 4K HDR – albeit at a considerable post-production cost.

We have also seen SVOD services embrace a new role amid the pandemic, as content owners sought to skip cinema releases for new movies and launch them directly to consumers. Universal was the first Studio to test this model out, launching the Trolls World Tour movie on several streaming services in April with great success. This has since inspired the D2C launch of Mulan and Soul from Disney, and Wonder Woman 1984 and the whole 2021 slate of WarnerMedia movies onto HBO Max alongside limited theatrical.

The question now turns to when consumers will feel confident to frequent cinemas and the industry starts to right-side despite being strained under bankruptcy. Once it is safe to return to cinemas in the latter part of 2021, consumers will be anxious to return following a long period of social isolation and cravings for entertainment outside of their living room. However, cinemas may be able to best re-capture their value by embracing new experiences and upgrading their offerings; investing in areas such as Virtual Reality/Augmented Reality, esports, and live sports/concert streaming while adding quality food and beverages with an overall atmospheric upgrade. The multiplex of old will not cut it in the post-pandemic world where the streaming giants directly compete with cinemas.

One of the clear observations from the pandemic was the absence of live sports programming for a significant portion of the year. As a result, rights-holders quickly cultivated more direct relationships with their fan bases to maintain engagement while also opening new monetization routes.

As we look ahead to 2021, and even further beyond that, Direct-to-Consumer (D2C) is becoming an increasingly important element in rights-holders’ media strategies. This was one of the key findings from the MediaKind 2021 Sports D2C Forecast, which my colleague Dheeraj Ravula explores in greater detail here. The live sporting schedule for the next 12 months looks more optimistic than the previous 12, and with the cogs of the live sports wheel turning once again, rights-holders will increasingly find fertile ground in D2C. It will enable them to continue delivering both live and on-demand content to their audiences, even while playing games behind-closed-doors.

However, this is not to mark the end of the stadium experience. Stadiums will always have a place in fans’ hearts, and in fact, we will start to see D2C services elevate the in-stadium experience. From personalized camera angles to instant player information, D2C will become ubiquitous across the live sports broadcast market. For the leagues, taking their fans on the journey from casual to superfans is critical to expanding their market and increasing the value per-fan. A rich D2C experience filled with data, brushes with their sports heroes, and alternative game experiences such as betting and fantasy will go a long way to addressing this objective.

The rise of the hybrid event

Many of us have become well accustomed to virtual events in all formats – from trade shows and conferences to film festivals and sporting events. In 2021, it is already clear that not everything will be virtual, with some major industry trade shows already set for a hybrid approach. Digital platforms will likely emerge as a popular accompaniment to smaller on-the-ground shows.

We can expect to see conferences and shows tap into modern broadcast technology capabilities to elevate their on-the-ground presence while also reaching new audiences unable or unwilling to travel as well as an expected depression in the corporate travel budgets. This can include offering live content such as keynote speeches and panels on-demand following the event, interactive showcases, media events, and live conference programming.

Aside from the apparent benefits to audiences at home, the virtual experience will bring significant benefits to the in-person experience. One of the challenges I tend to face at shows is timing, with multiple talks and showcases often taking place simultaneously. With a virtual platform accompanying the main event, attendees will no longer need to miss out on keynotes or product demos, as they will be available online, on-demand.