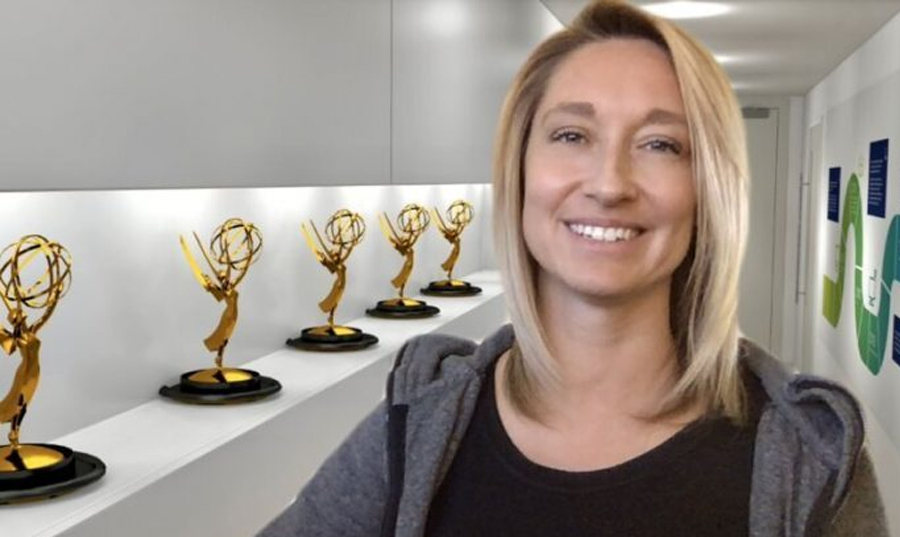 Recognizing a history of television innovation

Television began as a construct comprised of cardboard, a bicycle lamp, and wax. Through the ingenuity of the engineer John Logie Baird, these simple parts were used to transmit the outline of a doll’s head from just a few feet away: “The image of the dummy’s head formed itself on the screen with what appeared to me an almost unbelievable clarity. I had got it! I could scarcely believe my eyes and felt myself shaking with excitement.” Little did Baird know this experiment was set to change the course of human history!

This passion for inventing inspired a wave of technological breakthroughs in the television viewing experience throughout the twentieth century, which has shaped how we access entertainment, news, and other information globally. From the development of the first commercial television to deployments of portable and flatscreen TVs, Baird’s unshakeable passion for creating was the catalyst that unlocked a 97-year history of innovation which has irrevocably changed the way we entertain, engage, and connect with one another.

But where does this wave of TV technology nostalgia come from you may ask? Well, when the National Academy of Television Arts and Sciences (NATAS) contacted me in early January of this year, I was delighted to learn MediaKind had won two Technology and Engineering Emmys this year, our company’s ninth and tenth Emmy Awards in just over a decade. And the news led me to reflect on the years of technology advancements and disruption our engineers, researchers, and media innovators have contributed towards. While the movie stars are credited for their Oscars and theater performers prize their Tonys, the Emmys are one of our industry’s greatest accolades. The Emmy Awards convey equal merit to the ‘tool makers’ and game-changers who have materially impacted the TV experience’s evolution.

MediaKind: Built on a heritage of progress

From developments in Video-on-Demand (VOD) infrastructure and signaling to breakthroughs in video encoding technology and live event-driven projects, Team MediaKind has contributed significantly to forming the media experiences we all know and love today. Two of MediaKind’s Emmy Awards come from our contributions to VOD infrastructure and signaling and Dynamic Ad Insertion, something my colleague Stuart Boorn, VP Portfolio, remembers well:

“Since video-on-demand was first introduced over two decades ago, MediaKind has played a central role in recognizing the shifting trends and viewing habits associated with VOD content, delivering solutions that meet the needs of our customers and their subscribers. The ongoing recognition by NATAS for our work in the space is a huge testament to our brilliant software engineering and product development teams!”

Behind every great media experience is equally advanced video encoding technologies. Over the years, MediaKind has been behind some of the biggest software and hardware-based video compression technology developments. With the development of MPEG-4 AVC systems for HDTV back in 2009 to the development of JPEG2000 interoperability technology in 2014, MediaKind’s technologists have been at the forefront of delivering excellent media experiences across a range of devices and formats. Our Principal Technologist, Tony Jones, has spearheaded much of this innovation:

“Media technology is a real passion at MediaKind. We have a strong science-based approach to driving down the bit rates needed through our in-house dedicated compression research team, which has kept us at the cutting edge of encoder efficiency for many years. This is increasingly important where media consumption is ubiquitous and where consumers rightly expect exceptional experiences – on any screen, in any location. To see our work in the encoding market recognized by NATAS year after year is a wonderful achievement and continues to showcase our ability to enable outstanding media experiences to our customers.”

Looking to the next era of TV

Our product portfolio now contains some of the industry’s most robust solutions for IPTV, OTT, cloud storage and computing, software-based video encoding/transcoding, processing, packaging, and ad-insertion. It inspires new ideas and approaches to delivering media, and we are always motivated by our customers, partners, and friends across the media industry. What we have accomplished over the past decade truly speaks for itself when you reflect on our Emmy wins:

I suspect pioneers of early television such as Baird would be astonished by the media technology we have available today. From the standardization of 4K UHD to the implementation of immersive formats such as HDR and even Virtual and Augmented Reality, we continue to reimagine how we enjoy our window to the world – whether it’s a live sport match or catching up on the latest binge-worthy TV show.

The entire media industry has played a significant role in connecting people with one another through television – not least over the past year where access to information and remaining entertained at home has been vital. By acquiring and dynamically delivering high-quality content to millions of people, our industry brings the power of media to communities, inspiring, influencing, and helping them discover, interact and experience the world from home.

Here’s to the next era of TV!