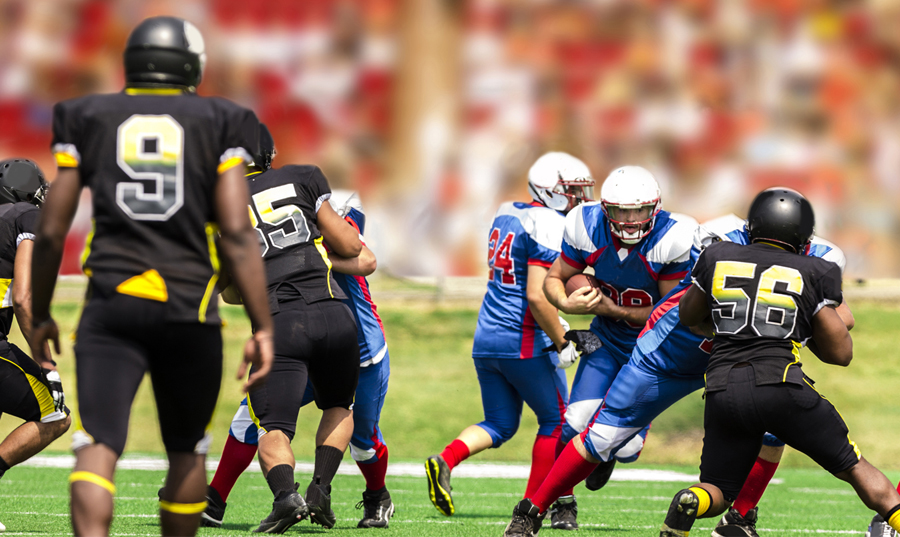 A fundamental shift in the way sports rights-holders package and monetize sports rights is currently underway, pre-dated – yet catalyzed – by the pandemic. I first noticed this transition when attending Sportel Monaco in 2019. During the event, major sports rights-holders, such as La Liga, discussed how their business models and monetization strategies are rapidly evolving in the digital era, with significant consequences on their fan engagement tactics.

These rights-holders traditionally sold their live game rights through broadcasters worldwide for a lump sum of money, enabling them to air sports content on their TV channels. But the way rights-holders market their rights is now evolving. Sports audiences are increasingly migrating to digital channels which offer more interactive and dynamic content. Due to the ubiquity of streaming technology in the public cloud, rights-holders can now tap into new markets and fan bases, venturing into areas where no broadcaster would want to pay for those rights.

For soccer rights-holders such as La Liga in Spain and Serie A in Italy, the public cloud offers the chance to reposition and market their content to broader audiences, selling portions of a game via an OTT app. For larger players, such as the English Premier League or the NBA, streaming potentially opens the gateway towards new geographies, merchandising opportunities, and more dynamic ways to monetize their assets.

For sports broadcasters looking to migrate their entertainment offering into the public cloud, each integration point must be made as frictionless as possible. By embracing an end-to-end live streaming approach, integration with a single cloud provider is relatively straightforward. Although the best-of-breed third-party approach does have its perks, introducing external services – such as TV platforms – requires many different integration points and frequent communication on when these integration points change. If the third party changes provider or changes any aspect of the workflow, the cloud provider then needs to do another integration test to make sure it works.

A sports streaming service ideally needs to operate across two platforms – a production and a pre-production platform. The public cloud makes this a simple operation because the cloud service provider simply needs to order twice as many resources. This means the rights-holder has access to either platform as much or as little as they need. For this reason, having no fixed resources as a result of operating in the cloud is a huge benefit.

Leveling up the fan experience

As well as greater functionality and resource efficiency, the public cloud also brings several other critical benefits to the end-user. Most prominently, it enables the delivery of more camera feeds from live events, giving fans a choice to select a particular view of the game and curate the experience of their preference. This ability lends itself to streaming platforms, as fans only use bandwidth for the specific stream they’re watching. A considerable amount of bandwidth is required to replicate this feature on linear television. It must offer access to each stream simultaneously, regardless of whether the streams are being watched. With streaming, fans can have a wider range of views and angles that aren’t downloaded unless they’re being watched.

The public cloud also lends itself to time-shift and catch-up viewing, enabling fans to pause live games and go ‘back in time.’ While this is offered with broadcast TV, it requires specific technology installed within the home, which is becoming increasingly less favored among fans. With streaming, any browser or tablet can enable time-shift and catch-up simply by requesting historical content from cloud storage.

Sports betting in the US is growing significantly as individual states embrace increasingly lax gambling laws. As such, there are big opportunities for in-game betting within TV streaming. Very low latency is needed to achieve this; so low that someone present at the game can’t share intel on the action in advance of what’s happening on screen. There have been major scandals within sports such as tennis, where courtside spectators have shared updates on the game seconds before the refreshed scores appear on TV.

To integrate interactive features such as sports betting, giving the complexity of ‘getting it right,’ the technologies available today mean that some balance must be found. We have already had discussions with customers surrounding the use of technologies such as WebRTC, which often mean the broadcaster has to sacrifice viewing quality for low latency – or vice versa. This is an interesting quandary for the end user – are they prepared to withstand poor quality viewing that allows them to gamble, or do they want premium streaming with a small amount of latency?

Historically, MediaKind has provided video streams for betting shops which required delivering low latency feeds to a small number of venues. With the growing fragmentation of consumer viewing habits, betting content now needs to be delivered to potentially millions of devices which is, very literally,a different ball game. There are multiple challenges associated with scaling up this type of delivery up to enormous numbers of fans. What is deemed acceptable to the end-user with this type of content is currently unknown.

For sports rights-holders looking to appeal to the modern fan and create more forward-looking revenue models, use of the public cloud represents a safe way to first test and later scale media delivery. An end-to-end approach to live sports streaming is precisely what it says on the tin – it can handle everything from the delivery of camera feeds from the stadium or arena to how they’re delivered to the consumer. That includes the platform and the client Software Development Kit (SDK), the software that the consumer user interface is built around.

When factoring in all the other highly valuable features such as live content to Video-on-Demand, advanced advertising, and live streaming at scale, the result can be highly complicated and dizzying considerations for rights-holders. That’s where we can help. MediaKind offers a managed service and end-to-end streaming solution in the public cloud which removes the headache from live sports streaming, enabling rights-holders to focus on the most important piece of the pie – the content.