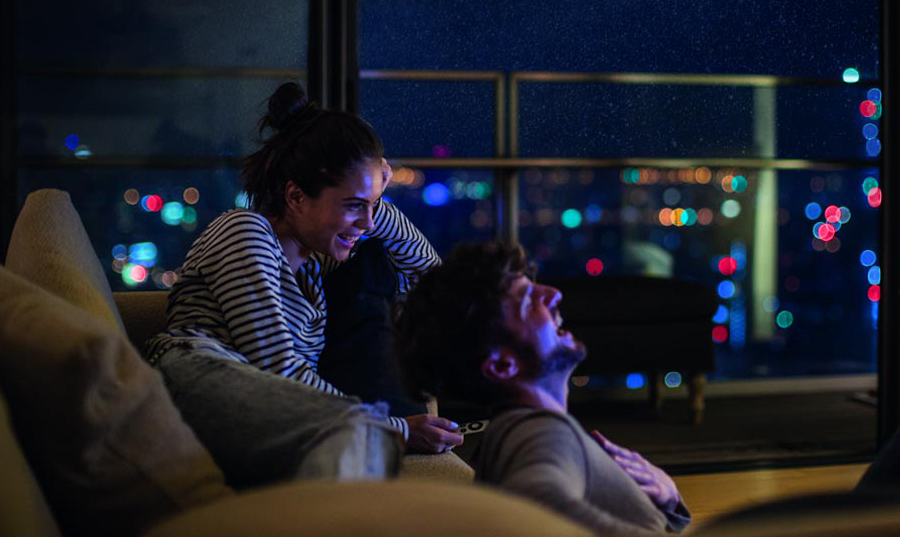 By Lisa Aussieker, VP and Head of Marketing and Communications

Tomorrow marks the 25th anniversary of World Television Day, an annually recognized event by the United Nations General Assembly. The day acknowledges “the increasing impact television has on decision-making by bringing world attention to conflicts and threats to peace and security and its potential role in sharpening the focus on other major issues, including economic and social issues.”

Television is more than a tool or a mechanism to watch images on a screen; it is a universal medium that enables us to communicate, discover, educate, and entertain one another. It provides a window to the wider world, providing reference points, informing us, and chronicling unforgettable, iconic moments that will remain accessible to many generations to come.

Just over 10 years ago, the Ericsson TV and Media team (which has evolved into the wonderful MediaKind team you see today!) visited Hong Kong, Johannesburg, London, Los Angeles, Rio de Janeiro, and San Francisco. We asked the people of the cities a straightforward question: “What’s your favorite TV memory?”

For me, these memories still feel fresh and as relevant today as it did then – even if we have moved forward a decade in time. The power of television lies in its ability to transport our minds back to a specific program, event, or moment – anything from the moon landing through to a buzzer-beater at the end of the fourth quarter of an NBA game.

Some of the ‘memories’ referenced in the Ericsson video have even come full circle! Light entertainment shows such as ‘Friends’ and ‘Saved by the Bell’ are due for reboots in 2021. ‘The Mickey Mouse Clubhouse’ and ‘The Simpsons’ are now prominent shows on the Disney+ service.

Television is a tool for education too. As one of the participants revealed, we can learn about life and morality through television – another told how watching content enabled him to learn English as a young child, despite growing up in a household that didn’t speak English as a mother tongue. And perhaps the most poignant example of all – even 57 years after the event, the lasting power of Dr. Martin Luther King Jr’s “I have a dream” speech, which remains an inspiration to all who champion racial equality.

The importance of television in 2020

While the exact definition of ‘television’ has changed a lot since John Logie Baird’s first public demonstration of television almost 95 years ago, some traits remain very similar. We still want greater quantity, quality, and reach – and we can see that in the transition from black and white to color, the journey from analog to digital, standard definition to ultra-high definition, and the increasing connectivity and mobility we enjoy today.

It is virtually inconceivable to imagine how 2020 would have played out without video. The importance of staying connected has never been more important at a time when people worldwide have spent the vast majority of their day at home. In many ways, this period has helped us to reconnect with our love for video.

Of course, the way we watch content has become more de-linearized. It was interesting to note Omdia’s global findings at this week’s Virtual 4K HDR Summit. Maria Rua Aguete said the number of expected OTT subscriptions this year (1.064 billion) will surpass the number of pay-TV subscriptions (1.05 billion) at year-end. The stay-at-home culture we’ve all experienced fuelled this growth. However, it’s clear that we also value a mixture of both the shared and personalized experience, regardless of whether we watch via one or more smartphones, tablets, laptops, games consoles, and living room television screens.

We are no longer just ‘the viewers’ – we are also actively engaged in broadcasting, producing, scheduling, and promoting video content. We can see this through the popularity of services such as ‘Telepathy’, which enable people to watch TV and movies in sync with friends and family, offering video playback and interactive group chat capabilities. We have also seen the convergence of virtual and physical worlds through the growing popularity of esports and gaming platforms. My colleague Damien Montessuit recently referenced Travis Scott’s in-game Fortnite concert performance back in April, which resulted in 12.3 million concurrent players participating live.

When the historians reflect on this year, they will have enormous amounts of source material to choose from; anywhere from bush fires and groundbreaking political events to global movements and the Covid-19 pandemic. Television has delivered these moments to every corner of the globe and enabled us to debate, motivate, project messages, and connect with one another. I know this very recent TV memory will live on and replay in my mind:

Television’s ubiquity remains a key fixture in our daily lives, and its enduring appeal and fascination will continue for decades to come. I’m certainly looking forward to witnessing many more moments in history through the power of the video screen!