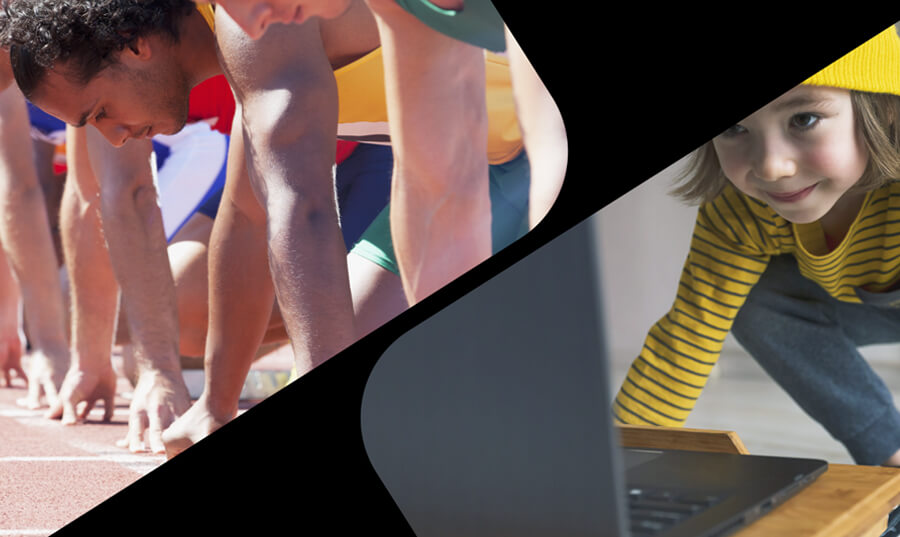 The streaming wars are now really starting to heat up! In the past few weeks alone, we’ve seen A&T announce its intent to merge Warner Media with Discovery, while Amazon is eyeing up the opportunity to take over MGM. When you add the revenue potential of these consolidated content powerhouses to the existing group of OTT giants, including the likes of Netflix, Apple, Disney, and Hulu, it’s clear the market is becoming increasingly congested. Content owners are all looking for new ways to push their own content, platforms, and brands towards their subscriber base. So, despite the popularity of on-demand content, classic reruns, and hours of binge-watching, we are also witnessing enormous market fragmentation.

However, this presents significant opportunities for channel originators, broadcasters, and content owners to build impactful, much-loved services around linear scheduled viewing. This type of programming still attracts large-scale audiences, with the most exciting opportunities revolving around ‘event-based’ television. At MediaKind, we believe that channel originators and broadcasters can use scheduled event-based TV viewing to help increase audience share, appeal to their most loyal fans, and deliver more engaging and rewarding viewing experiences.

Live and semi-live event programming continues to pull in enormous audience figures. Let’s take programming in the UK as an example. PA news agency analysis found that four of the top 10 biggest TV audiences since March 2020 were episodic reality/entertainment shows, including ‘I’m a Celebrity…Get me Out of Here!’, ‘Strictly Come Dancing,’ ‘The Great British Bake Off’ and ‘Britain’s Got Talent.’ Each show recorded viewing figures exceeding 10 million (in its highest-rated instance).

And we’ve seen this extend to other forms of episodic content. Content originators and streaming providers are now building certain pieces of content into formal episode release schedules to create a buzz around it and help heighten engagement. Disney Plus has been a particular proponent of this model; earlier this year, Nielsen data found that ‘WandaVision’ earned 4.8 billion minutes watched over its nine-episode, eight-week run. The opening episode of ‘The Falcon and the Winter Soldier’ recorded 495 million minutes watched  – 14% higher than WandaVision’s debut week. Similar models have also been adopted for Disney’s ‘The Mandalorian’ and Apple TV+’s ‘Ted Lasso.’

The huge followings episodic programming and content attracts underlines the continued importance of scheduled TV events. The thrill of discussing various plotlines, unraveling, theorizing, and solving the show’s mysteries – whether in real-time or over a week – all adds up to a compelling, shared viewing experience. It’s not age-defined, either. Research from Ofcom suggests that while young generations (16-24) generally prefer VOD content, they still value linear viewing of event TV.

In a world of binge-watching, scheduled viewing still provides a myriad of opportunities to increase audience share and generate new avenues for monetization. For fans of popular dramas and reality shows, missing out on a major plotline reveal or the latest contestant to be ejected can be just as deflating as a sports fan not knowing the latest score-line involving their team. And due to the prevalence of social media platforms and instant messaging, potential spoilers lurk everywhere! While viewers were once able to dodge the water-cooler during a day in the office, it’s far harder to avoid a message for several hours – or even minutes – on a phone or tablet. In other words, the content needs to be seen live, ‘in-the-moment.’

There are exciting opportunities to change the way we deliver ‘event-based’ television experiences. Thanks to cloud-based services, we can now remove traditional upfront costs and deployment efforts around fixed infrastructure or set-up around a live event, show, or pop-up channel. This could range from delivering additional curated content, developing new streaming channels, or finding new ways to create deeper fan engagement with certain content, linking primary and second-screen experiences. There are also opportunities to experiment with new innovations, such as inserting micro-payments into the content, personalized ad-placement, and offering new ways for relevant audiences to purchase show-related merchandise.

After all, as my MediaKind colleague, Stuart Boorn, Vice President, Portfolio, mentions: “Consumers don’t just want new angles of the content on screen – they also want to explore new angles around the content plotline and story development itself! They want to see, understand, analyze and experience their favorite content with like-minded viewers across all devices, social platforms, and fan communities. So the value of scheduled programming for content owners and broadcasters lies in building out single, feature-rich content services that are fast, flexible, simple to operate, and delivered at broadcast-level speed and quality.

“Thanks to the evolution of cloud-based services, software-defined tools, and applications, we can now help our customers and partners to deploy these new services that appeal to streaming audiences.  We are helping them to build broadcast workflows that address the many phases of the content ecosystem – spanning acquisition, playout, and graphics, through to the mechanics of streaming and the end-user experience. Event-based programming is a perfect use case for ‘as-a-Service’ propositions, as it offers all media players the chance to create and experiment with new tailored experiences, without any ongoing commitment.”

To learn more about event-based opportunities for channel originators and the service offerings that MediaKind is enabling, download our new application paper – “Ready. Set. Stream!”